The Surprising and Substantial Effects of Peppermint on Exercise

Home / The Surprising and Substantial Effects of Peppermint on Exercise

Peppermint, and some of the other members of the mint family might well have some performance-enhancing or health-promoting effects you weren’t aware of. For example, mint has been shown to be a painkiller, and has anti-inflammatory, antispasmodic, and antioxidant effects. Those effects are useful for performance, exercise recovery, and health. Just the smell of peppermint has been shown to reduce perceived effort, while improving mood and brainpower. However, compared to the amount of press some aromatherapy’s have received for their ergogenic properties, few studies have been undertaken to actually demonstrate the power of mint, until now.

In a study published in the Journal of the International Society of Sports Nutrition, researchers looked at the effect of peppermint oil on running performance. In the study they used .05ml of peppermint oil in a drink, consumed each day for ten consecutive days. They tested participants before and after peppermint consumption for various indicators of cardiovascular performance. 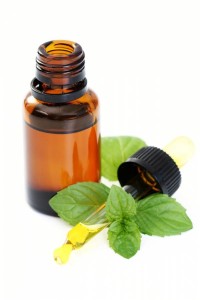 The results were actually pretty surprising. You might expect a boost, but the extent that peppermint consumption improved performance was considerable. The oil improved exercise performance, respiratory function, blood pressure, heart rate, and respiratory gas exchange. It also reduced resting blood pressure and heart rate. The amount of total work performed by the test subjects was increased by a whopping 51%, including an increase in the time to exhaustion of about 25%. So not only did the subjects go for a quarter longer than they did without the peppermint oil, their work rate per unit time was higher too. In other words, they went faster for longer.

Peppermint has many other benefits:  The health benefits of peppermint oil include its ability to treat indigestion, respiratory problems, headache, nausea, fever, stomach and bowel spasms, as well as for pain relief.

Peppermint blends well with various other essential oils including eucalyptus, rosemary, lemon, marjoram, so many aromatherapists and herbalists commonly use peppermint oil in their medicinal or aromatic combinations.

There are some risks in using too much peppermint oil, including allergic reaction, heartburn, and headaches. Basically, the same rules apply to using peppermint oil as to any other alternative supplement or dietary change; speak to a doctor, and if you don’t consult a professional, start with small topical doses or skin patch tests to see how it affects your system.

Enter your email address to subscribe to this blog and receive notifications of new posts by email.